I’m still beat up after doing snow shoveling the better part of Tuesday. That was some heavy snow and ice. And my lower back is still stiff from it. But I couldn’t pass up the opportunity to go for a ride this afternoon on my CX bike from Cranbury. The sun was out, not too many clouds, and the high temp was 48 by late afternoon. There was a pretty strong wind, but I could live with it. It’s supposed to snow and rain tomorrow and into early Sunday. So I’m not sure about riding this weekend. Click on the map below to see the route at RWGPS I rode.

Interesting thing about today’s ride was the roads were covered with salt stain. Also, except for the roads there was pure white snow everywhere. And there was a lot of snow melting causing “streams” running across the roads. I didn’t pass a single cyclist while riding my bike today. 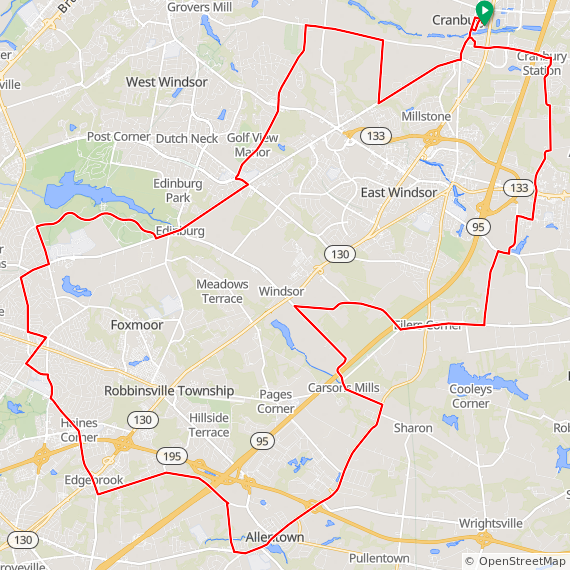