I got up early this morning so I could drive up to Newark to catch the 6:10 NJ Transit train at Newark Penn Station over to Manhattan which arrived at NYC Penn Station at about 6:30. From there I hopped on my CX bike and followed a 10-mile GPX file I had created for my Garmin eTrex 10. Destination was MacDonald Park, Forest Hills, NY, the start of the 100K Jones Beach Populaire I’d signed up for a few weeks ago. I arrived around 7:15 and there were a few hardy souls already there checking in at registration. By 8, the designated start time of the ride, I bet there were 30 people ready to roll. Click on the two map images below to see the route. It was an out and back course. So the first segment (map) was “the out,” and the second segment (map) was “the back.” The halfway point was the Eastern Bath House at Jones Beach.

The 100k took me about 4:25 to complete solo. The entrants were kind of slow to depart when the gun went off. And I found myself riding solo at the get go. I rode alone the entire ride. It was somewhat windy on the way out, but got very windy on the way back. After finishing I followed a second 10-mile GPX file I had created for my Garmin that I used to direct me back to NYC Penn Station and my train which I caught at 2:14. The low temp today was somewhere in the upper 40s. And the high was somewhere in the mid 50s. Not a bad day for a bike ride. All in all, I got 85 miles in today. 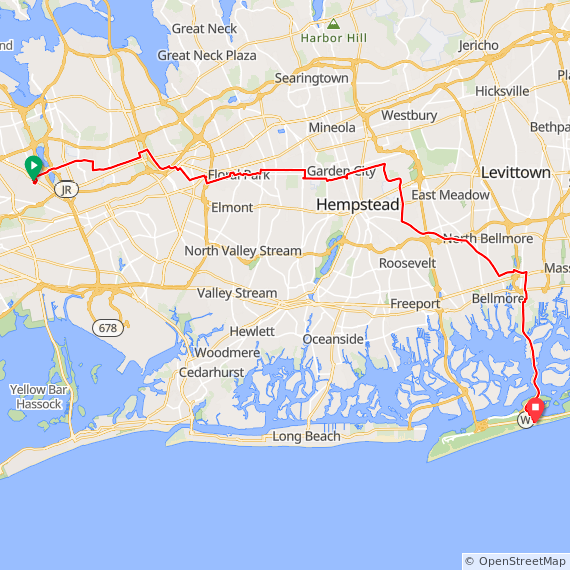 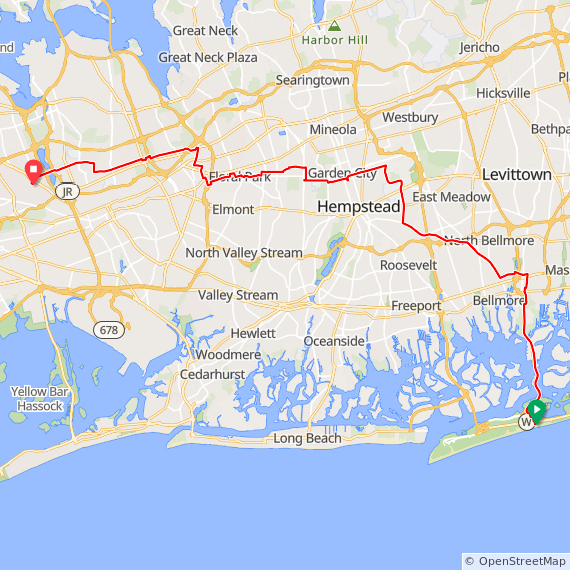