Earlier today I participated in the Cranbury 200K sponsored by the NJ/NYC Randonneurs. There were over 70 entrants supposedly. It was thunder and lightning when I woke up to drive over to Cranbury for the 7 AM start. Saw some PFW members I hadn’t seen for a while: Mary, Tru, and Marc. Ralph was riding, too. Didn’t see any Pa Rando riders except Aleksey. The temp was around 65 degrees when we were sent off, and the roads were wet. The rain had stopped though.

I took the lead for the first several miles, and was somewhat soon joined by two guys and Aleksey. The four of us had a nice tailwind which enabled us to maintain speeds of 22, 25, and 27 mph regularly. I was not in the mood to ride this ride as a TT. So I dropped off the pace with Aleksey and the other two went up the road. Eventually they finished the ride 1-2. Aleksey and I finished in 5th and 6th taking 8:22 to complete the course. CLICK HERE for the preliminary results. Both of us were having problems with the bottoms of our feet during the second half of the ride. If we had not stopped to massage them with about 10 miles to go we would have ended up 3rd and 4th with an even faster time.

Click on the map below to see the route at RWGPS. The soft drinks, beer, and pizza at the end of the ride was a nice touch. I slowly consumed two glasses of Brisk Tea and one of Sprite. Skipped the pizza since I cannot do gluten, but there was gluten-free pizza on the menu. All in all, a good ride. 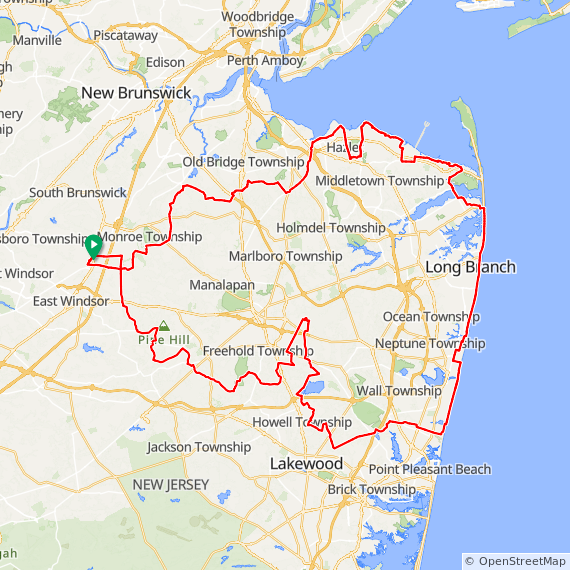