I was so jealous of those who got out on their bikes yesterday (Saturday). What a beautiful day it was for a bike ride. Unfortunately for me I was suffering through a bad cold and there was no way I could get out on the bike. This morning I still had my cold, but I’m on the mend. I figured a ride somewhat below my fitness level would do me good just to get out and get my blood circulating and breathing fresh air. It was another beautiful day to go for a ride, and tomorrow is supposed to be totally bad.

I chose to head over to Cranbury to hook up with the PFW B crowd. Thirteen of us participated. I was not my normal talkative self since my voice is not normal because of my cold, and it is not particularly comfortable to talk either. However, I said a few words hear and there. The pace of the ride was just right for me. I never went into oxygen debt, and I didn’t get uncomfortable any. I did take a few pulls at the front so I couldn’t be called a mouch by many.

The route had quite a bit of overlap. Not the kind of route I would design, but it served its purpose. The roads were nice – not too much traffic. Maybe there were a few more rough spots in the road than I liked. But I won’t complain about it. Since the course overlapped I have split the ride record into two segments. The first segment covers the ride from beginning to the rest stop. The second segment covers the ride from the rest stop to the end. Click on the maps below of the segments to see them at RWGPS. 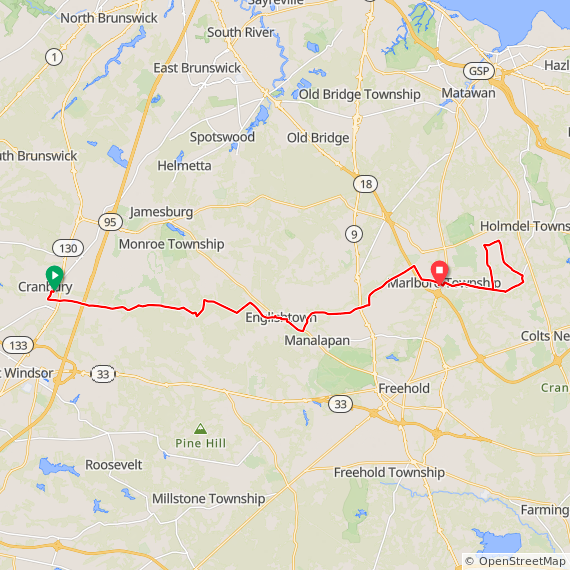 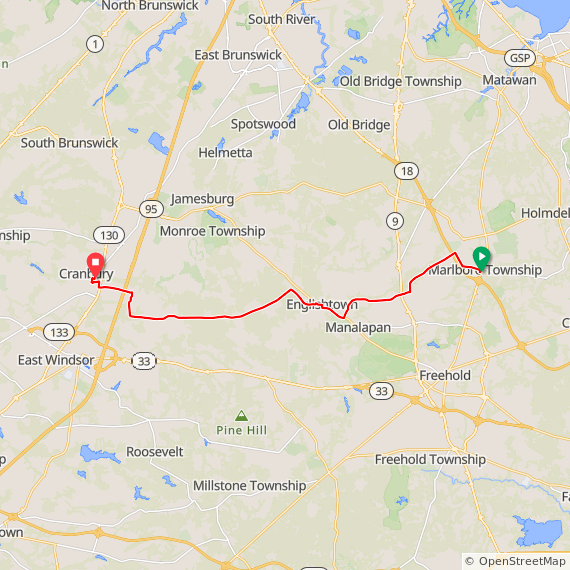