Posted on October 6, 2018 by Jeff Lippincott

Yesterday I debated whether to go for a metric century ride or not. The “not” won out. But in doing so I decided I wanted to ride today the 200k perm I’d created last year that starts and ends in downtown Philly – The Schuylkill River Trail, I call it. I’ve been feeling kind of bad about not riding it all year. Why create it if I’m not going to ride it?

I drove down to Philly early so I could get a start around daybreak. Turns out that was a good plan since there was some big crew event taking place on the Schuylkill River. Heading out on the ride I had to compete a little with spectators and competitors in the event along the “trail.” And coming back Kelly Drive had been closed off to traffic so I had a nice ride in the road.

The temp was pretty much ideal for a long bike ride. I think it was about 65 when I started and I doubt it ever got above 72 all day. I never saw the sun. Never rained, but the air was damp at times. This route was the second perm I got approved. I had forgotten many of the roads. But my trusty Garmin etrex kept me on course. Yesterday I had dusted off my old Schwinn High Sierra mountain bike (see picture below) so I could ride it today. It performed adequately. It’s not the fastest lug, but it moves OK I guess. I finished today’s ride in 9:46.

Click on the map below to see the ride recording at RWGPS. 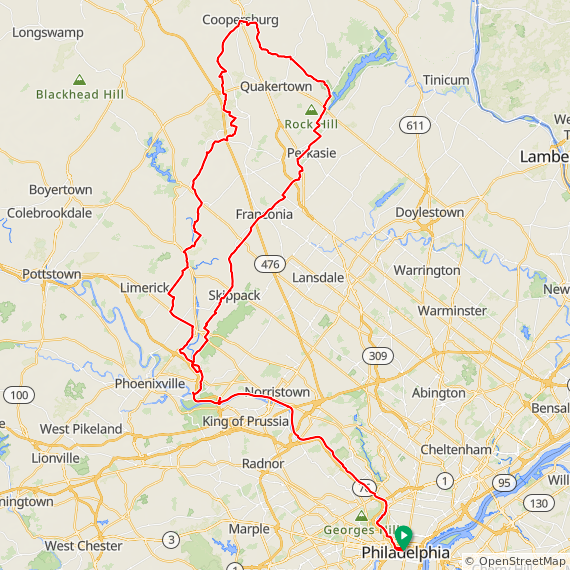 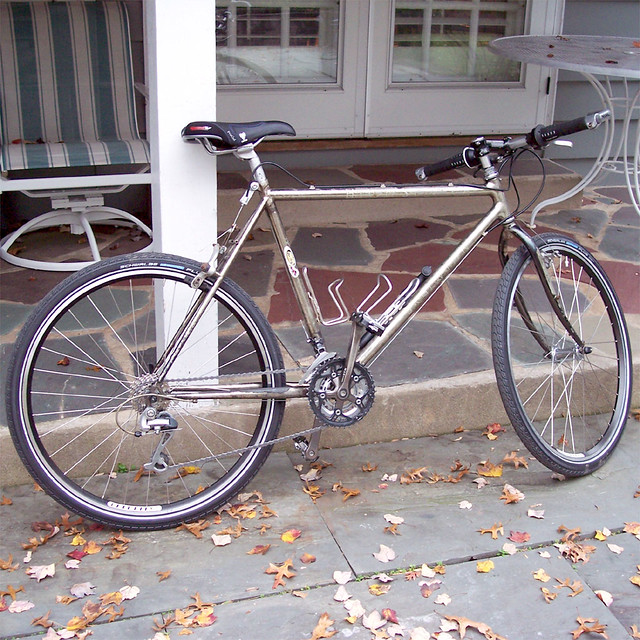