This morning I drove over to Easton to do a 7:30 AM pre-ride for the upcoming PA Rando populaire event to be held this coming Saturday. It took me 8 hours and 24 minutes to complete. I parked a couple of miles away in a park just off 25th St along the Lehigh River. I was 5 minutes late getting to the start. So when I started I pulled out of Controle One 5 minutes late. It was 42 degrees, clear, but a little windy. I was fine with the roads for the first 8 miles or so. But I’m not so sure I’d want to regularly ride them at 7:30 with traffic if the cycling group has more than one or two riders. That’s just me. I especially liked the bike trail I rode during the first 8 miles. Much of the course covered roads I have ridden lots before. So I can’t say I was awe inspired or anything.

The ride had its fair share of hills. That’s to be expected for a PA Rando route! All the bike trails were paved. Since the ride had been billed as having some unpaved sections I kept expecting to find one of the trails unpaved. The unpaved stretch on the route occurred at mile 76.2 on Creamery Road. I thought that was wrong, but I thought I had fixed the GPS route to match the cue sheet. If you look at my ride recording below I was going to avoid the dirt road, but came back because the file I loaded into my Garmin wasn’t the latest version I had on my computer.

The controles were all open, and I stopped to get my brevet card signed at each. Controle 5 was a DQ. I got myself a small chocolate cup of ice cream. It tasted great! The owner and his daughter told me they are not open all year. But they will be open this Saturday when the official ride is held. They said they had to sign a card similar to mine about a week ago for another rider. By the time I got to Controle 5 the wind had gotten really strong. I never did get a nice tailwind all day. But I had mucho significant headwinds. Temp did get up to 62 or so, and had the sun much of the day. But it wasn’t too pleasant when the sun got hidden by clouds for an hour or two.

Click on the map below to see the recording of my ride today at RWGPS. 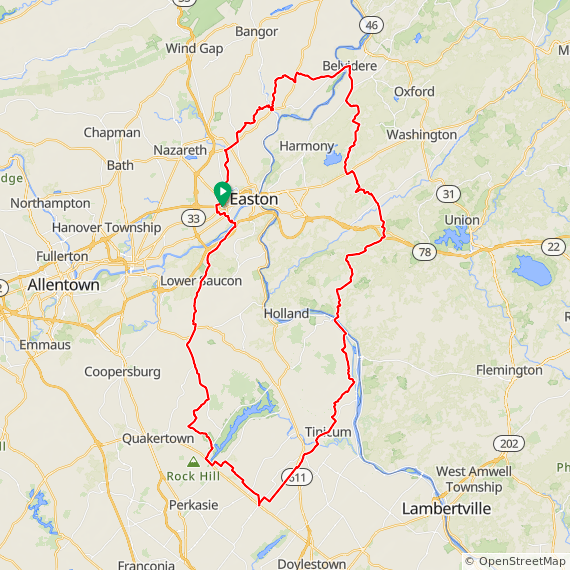