This morning there was a lot going on in Cranbury. At 7AM the NJ Rando group was doing its Cranbury 200k event out of Village Park. At 9AM the B+ Group Ride of Princeton Freewheelers was doing a ride – the ride I participated in. And when my ride returned to Cranbury there was some sort of town garage sale taking place on Main St.

There was something like 10 of us on the B+ ride. I don’t know everybody’s name because I don’t participate enough any longer. I can name me, Peter F, Pete R, Rick, Dave, Steve, Doug, Cardel, Eric, and 1 or two others. I was riding my CX bike. Surprisingly nobody mentioned the large tires on my bike today. The wind was very strong. Strong enough that the B ride was cancelled due to high winds. The ride was supposed to be 50-miles. But because of the wind we cut it down and eliminated the planned rest stop.

Other than the wind, the weather was nice. The sun was out and the trees were sprouting leaves. Much of the ride was suffering through sidewinds. But the one stretch with a true tailwind we got the speed up pretty good. I developed a slow leak in my rear tire. But did not stop to fix it.

Click on the map below to see the recording of the ride at RWGPS. 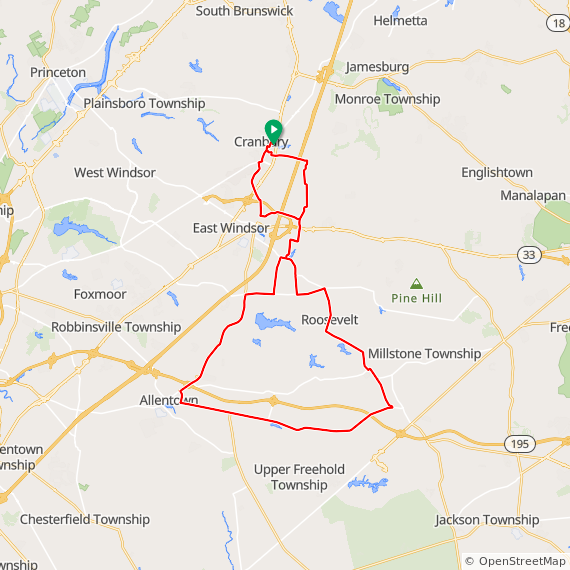